Top Lifestyle Considerations for Buying a Home
2 weeks ago

Partners in Kids Health: Ticks and Lyme Disease
2 weeks ago 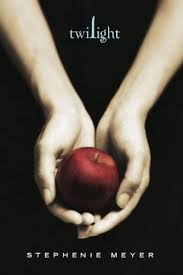 It’s bad enough that we’re over 30 and on facebook (MySpace just feels dirty), but now we at BirminghamMommy are addicted to a Young Adult series called Twilight. You may have heard your 15 year old niece raving about it… and now you’re going to hear us rave about it too!

We have read the entire series (4 600+ page books in less than a week), read the deleted chapters, watched the movie trailers several hundred times, prepurchased the soundtrack, trolled the internet in search of more Twilight, we’re hosting a Twilight book club in November, and are even dressing up as Twilight characters for Halloween.

Have we lost it? Yes. Have our husbands voiced concern? Yes.
But to put it simply, we are in love.

We are each working on a post devoted to the books. But at BirminghamMommy, we are Team Edward, so be warned!

Subscribe to our newsletter to receive special announcements and more.